LONDON, June 30, 2022 – (ACN Newswire via SEAPRWire.com) – Women have been historically underrepresented in motorsport due to the lack of funding and opportunity. CortDAO, in partnership with W Series, is looking to change that dynamic. By appealing to the Web3 community and a growing women’s motorsports fanbase, CortDAO is launching its first-ever series of NFTs, with its proceeds to be invested in W Series. 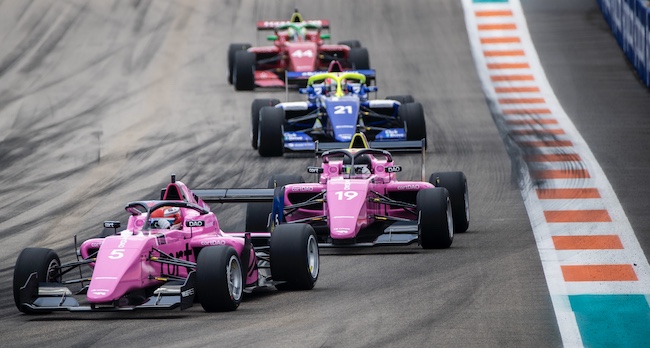 CortDAO was founded by Michael Livingston with the mission to build a community-led platform that could authentically promote female racers and further women in motorsports. The first step of its mission was to launch a team in W Series, the world’s first free-to-enter single-seater motor racing championship for women. Unveiled in March, the CortDAO Racing W Series Team now competes in the 2022 season of W Series and is preparing for the upcoming round at Silverstone, UK, alongside the F1 Lenovo British Grand Prix this weekend.

CortDAO is looking at new ways to involve the Web3 community in its crowdfunding ventures, as well as engage with corporate sponsors who believe in its mission. With W Series Round 4 around the corner, the focus is now on releasing CortDAO’s first-ever NFTs (non-fungible tokens) to secure additional investment. Launching on 30 June – a total of 10,000 NFTs depicting two bespoke CortDAO Racing assets (5,000 NFTs of each design with a unique identifier from 1 to 5,000) will be issued. The two designs, created by Team Quantum Punks, will be 3D virtual depictions of the limited-edition racing helmets of team drivers Marta Garcia (21, ESP) and Fabienne Wohlwend (24, LIE).

One-third of the proceeds from the sale of CortDAO NFTs will go towards sponsorship of the team, and two-thirds of the proceeds will go towards CortDAO’s investment in W Series Limited at the last traded price. CortDAO is looking to raise GBP1milion in this initial release, and in time, CortDAO will offer purchasers the opportunity to convert each NFT into a token.

Michael Livingston (Founder CortDAO)
“We have had many people wanting to assist in growing W Series and women’s racing and have tried to price our NFTs as affordable as possible to our fanbase. Our NFTs will bring fans closer to the action and allow them to feel a sense of pride as their money will go towards supporting women struggling to succeed in a male-dominated sport. CortDAO will not receive any profits from the sale of its NFTs, so our intentions are genuine. The proceeds after costs will flow to W Series so that purchasers will be helping not only CortDAO and our brilliant drivers, Fabienne Wohlwend and Marta Garcia, but also the whole W Series.”